As per the data by the National Board of Examination, the body which conducts the FMGE exam, between 2015-18, 1,096 Indian students came back and sat for FMGE after completion MBBS in Armenia. Out of these 1,096 students, a whooping 1,047 students graduated from Yerevan State Medical University. However, it is below the number of students coming back from countries such as Russia, Ukraine, China, the Philippines, Kyrgyzstan, Bangladesh or Kazakhstan.

These are the top medical colleges in Armenia.

Check MBBS in Armenia Eligibility below:

The following is the minimum MBBS in Armenia eligibility criteria for admission of an Indian student in Armenia:

I would like to thank Global Medical Foundation for helping me get admission in Kyrgyz State Medical Academy in Kyrgyzstan. My experience was good and the work was done on time. Thank you.

One of best consultancy if you are planning to pursue MBBS abroad. I am studying at Vinnitsa National Medical University of Ukraine. Shobhit Jayaswal sir helped me a lot. Very much satisfied with the service of GMF.

MBBS in Armenia Without NEET

Armenia or the Republic of Armenia as it is officially known as is located in the South Caucasus region of Eurasia. Yerevan is the capital of Armenia and it takes about 10-12 hours to fly from Delhi to Yerevan. Recently, Armenia has become a popular place for studying MBBS for international students including students from India. One of the main question that parents have about Armenia is about its weather and religion.

There will be snow fall in Armenia is the months of December, January and February. The hottest months are of July and August where the average temperature will be 35°C. The major religion practised in Armenia is Christianity.

Also, one should note that Armenia is not a part of either the European Union or Europe. MCI only recognises the MBBS degree from Armenia and not the post-graduation degree. The students will be able to find Indian restaurants in Armenia. Indian embassy is present in Armenia and provides assistance to the Indian students.

Every student wants to know about the climate of the country where they are going to study at. The climate in Armenia is highland continental.

Summers are dry and sunny, lasting from June to mid-September. The temperature fluctuates between 22 and 36 °C (72 and 97 °F). However, the low humidity level mitigates the effect of high temperatures. Evening breezes blowing down the mountains provide a welcome refreshing and cooling effect. Springs are short, while autumns are long. Autumns are known for their vibrant and colourful foliage.

Winters are quite cold with plenty of snow, with temperatures ranging between −10 and −5 °C.

As of 2011, most Armenians are Christians (94.8%) and members of Armenia’s own church, the Armenian Apostolic Church, which is one of the oldest Christian churches. It was founded in the 1st century AD, and in 301 AD became the first branch of Christianity to become a state religion. 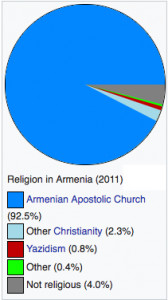 In the 21st century, the largest minority Christian churches in the country are composed of new converts to Protestant and non-trinitarian Christianity, a combined total of up to 38,989 persons (1.3%). Due to the country’s ethnic homogeneity, non-Christian religions such as Yazidism and Islam have few adherents.

Safety of Indian students in Armenia

Armenia is fairly safe, secure and friendly towards Indian nationals. There is a great deal of goodwill for India. However, caution is very essential for Indian students while spending late night hours in public places and mingling with strangers. – Indian Embassy in Armenia. 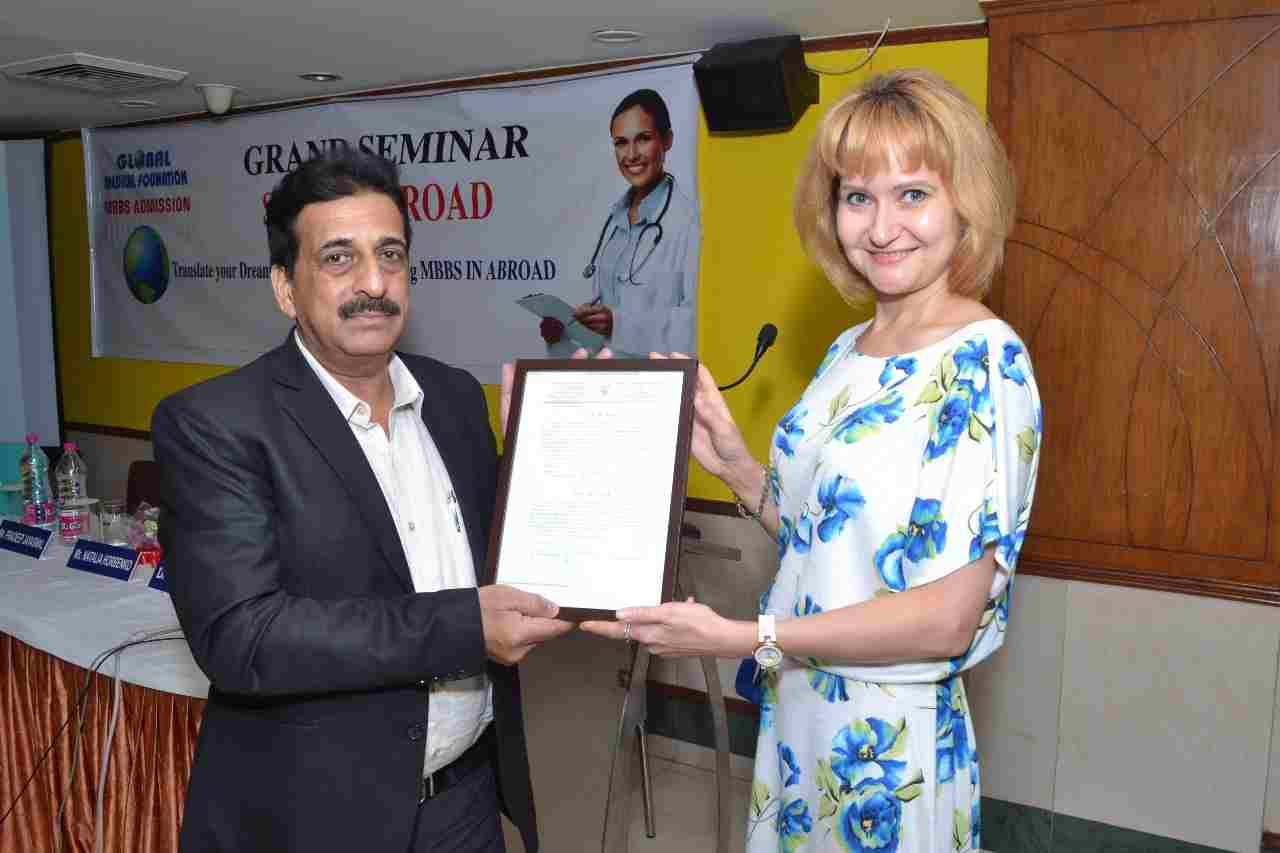 Following are the reasons for selecting to study MBBS in Armenia:

At the end of the day, clearing FMGE is the main aim no matter where you study from. The FMGE or MCI Screening Test passing percentage from Yerevan State Medical University was 22.54% (between 2015-18) which is very high when compared to the best universities in countries such as Russia and Ukraine.

Low Fee for MBBS in Armenia

The overall expenses including tuition fee, hostel and food are very low for MBBS in Armenia and the quality of education goes in the opposite upwards direction. Therefore, you get a quality education at a low cost and less duration. This is a major reason for selecting MBBS in Armenia as it provides the right balance to the students.

No Entrance Exam for Admission in Armenia

The following medical universities in Armenia are recognised by MCI, which means that you can come back to India and sit for the exit test:

The following universities are recognised by WHO and can be found in the World Directory of Medical Schools:

Medium of Instruction is English

The medium of instruction while studying MBBS in Armenia is English. The students will be taught the local language from 1st year onwards which will be required during clinical and also for day to day interaction with the locals.

Embassy of India in Armenia

The Indian Embassy is present in Armenia and helps the Indian students in need. It also gets easier for Indian students to seek help. The students can get themselves registered at the Embassy upon their arrival.

Getting a Visa is easy for MBBS in Armenia. There is no requirement for the student to come to the Embassy for a personal interview and Visa process is not hectic. Global Medical Foundation will apply for your Visa and assist you in the process.

Disadvantages of MBBS in Armenia

In recent years, studying MBBS from Armenia is becoming popular among Indian students. While there are many advantages which makes Armenia an ideal option for many students, it certainly is not without any shortcomings. Most of the disadvantages of MBBS from Armenia arise when the student fails to adjust to the new place.

Here are the disadvantages of MBBS in Armenia are:

Is Armenia good for MBBS?

Is Armenia good for MBBS?

Whether a country is good or not for MBBS depends on some factors such as:

Now, Yerevan State Medical University in Armenia ticks all the boxes. Between 2012-18, the FMGE passing percentage from Yerevan State Medical University has been 21.06%. There are more than 1,000 Indian students at this university. The entire curriculum is in English medium, the admission and visa process is easy when compared to EU nations. Peace prevails in Armenia and there is an Indian Embassy in the country too.

If you look at all the aspects the answer to ‘Is Armenia good for MBBS is’ YES!

Is MBBS from Armenia valid in India?

Therefore, the answer to ‘Is MBBS from Armenia valid in India’ is YES!

Interested to study MBBS in Armenia? Fill up the form and we will contact you for admission!